In the 1890's, the Maine Historical Society reports, the bicycle was "the perfect fit for the new American fashion," especially after the "safety" bike replaced the "boneshaker" in the 1890s.
Temperance advocate Frances E. Willard wrote in 1895, "... the bicycle was perhaps our strongest ally in winning young men away from public-houses, because it afforded them a pleasure far more enduring, and an exhilaration as much more delightful as the natural is than the unnatural."
Thus the members of the Portland Wheel Club gathered for the first annual Thanksgiving Friday Ride in 1997. That was before the day became known as "Black Friday." Indeed, it was normally a work day for Americans, except that many stayed home due to "illness." In Portland, however, those who did not work traditionally took a long bicycle ride as a digestive aid after over-indulging at the Thanksgiving table. The photo below is believed to depict just such a gathering.
The annual tradition has continued uninterrupted for over a century, except for a brief 116-year hiatus, and all are invited to participate in this great tradition. Help keep our young men out of the publick houses! 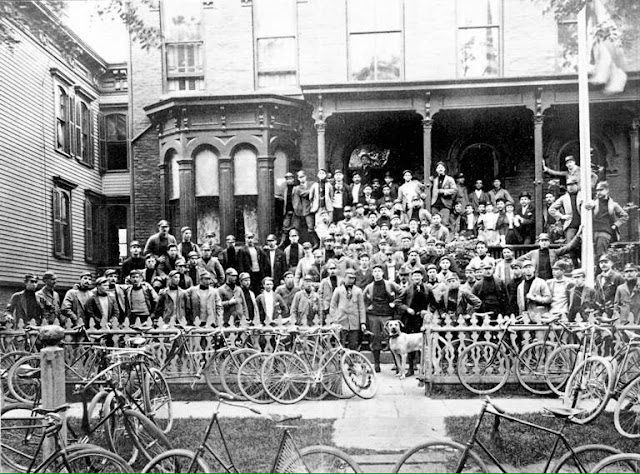 Posted by Bron No comments:

I am traveling again this weekend, friends, so it's another Dealer's Choice ride. It looks to be a little cool tomorrow, but maybe Thursday's rain will prove inspiring: it's November in Maine and we're still riding! Wheels roll at 9:00. 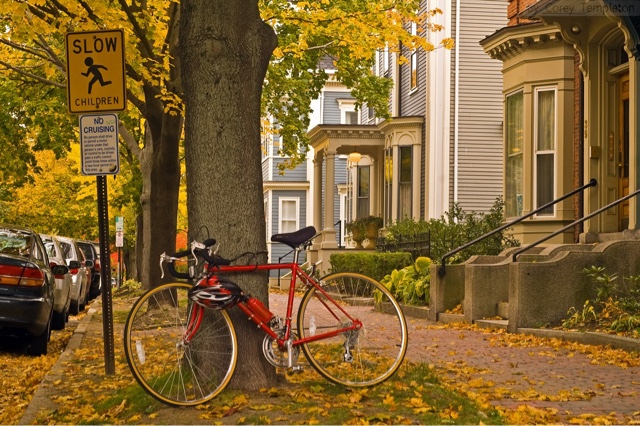 I have the great good luck to be working on Saturday, so this will be a dealer's choice. Meet at the shop for a quick vote and wheels roll at 9:00.

I have just learned that Cranksgiving is also this weekend, so there's an alternative.

Posted by Bron No comments:

It looks like it's going to be around 50° tomorrow, so let's take a ride!

On the table are Brunswick (a solid 55 miles, or the shorter Freeport loop for those wanting just 35), or perhaps Pinelands via Pownal, following Bruce's lovely backroads (though we don't have to do all that climbing on the way home!)