Great Weather for an Indoor Triathlon

The Portland YMCA will hold a Corporate Challenge Indoor Triathlon on February 28 where Corporate teams of three will be using the Y’s heated pool, treadmills and stationery bicycles to compete in a sprint type triathlon. One member of each team has to either swim, run or bicycle for 15 minutes. The distance covered by each team member will be combined for the total distance covered.

The Corporate Challenge Indoor Triathlon is a co-ed event with each team having to have at least one female competitor. Entries will be limited to 15 teams in this inaugural year. Deadline for entries is February 18.

All participants in the Corporate Challenge Indoor Triathlon will receive an event t-shirt. Winners will take home a trophy, plus the chance to win tickets to The Longest Dinner, the CCY’s major fundraising event to be held in June 2009.

The Indoor Triathlon will raise awareness of the YMCA’s commitment to providing programs and services to all, regardless of their ability to pay. Each year the Cumberland County YMCA awards just under $600,000 to children and families who would not otherwise be able to afford Y facilities and services.

An indoor triathlon! What could be more fun for a great cause??

Rather serendipitous the way this information presented itself to me. Perhaps you and your office might want to throw a team together!

Social Gathering at the White Heart

It was so great to see everyone that showed up at the White Heart for a little club socializing Thursday night. Hopefully we can do a couple more in the next couple of months. 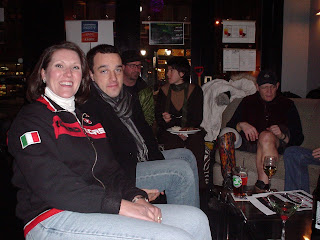 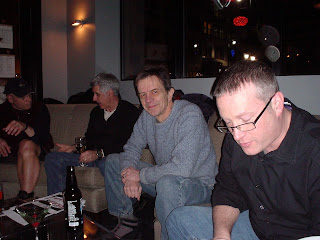 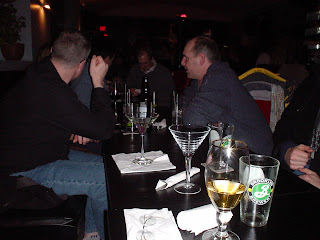 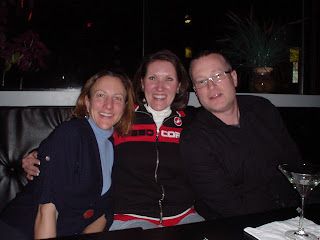 Now, for all you Belgium beer loving bikers, thought you might like to know about what looks to be a fun night of eating and drinking. Hugo's is hosting a beer dinner with Novare Res Bier Cafe. If you've not had the pleasure of attending a wine dinner at Hugo's, I can assure you they are outstanding and well worth every penny. So check it out and make a reservation - you'll be glad you did!
Posted by Dana No comments:

Stephanie Chase asked that I post this exciting information for all you women bikers:

Folks,
I know CCCP has a fair amount of gals in the club as well as a fairly large following in general so I wanted to pass this along to you.

Katherine (NEBC), Karen (CVC), and Janet Ramos, have asked Julie and I (IBC) to help out in making efforts to try and get the Northeast Women’s 3/4 Series going in 2009. I'm basically working Maine and NH while the other gals are working the larger demographic of Mass and Connecticut. The IBC women's team ran a couple of cx clincs for Cat 3/4 women this past fall, that were a huge success so we'd like to work with Katherine, Karen and Janet to get the road/crit scene going as well. In order to build women's racing, we have to 'encourage' girls to get on the line and we can only do that by reaching out to all involved in competitive cycling on any level, beginner, intermediate, mens, womens and masters. A couple of us are cat2 and three gals are cat3 that are attempting to get this going but basically we need everyone's input no matter what level they are racing at. (read: don't feel like you have to be new to the sport to participate and have input)

For those of you who are not familiar with the Series (which last ran in 2006), it is a points competition to encourage participation in Women’s beginner (cat4) and intermediate races (cat3). The first 15 finishers in a race will be ranked according to finish position with the rest of the field awarded points for participating. There will be a leader’s jersey and prizes at the end of the year. With the points system it is possible to still be a leader even without podium spots as long as you participate. We’ll also be awarding merchandise at races as prizes and primes to make things a little more interesting.

Right now we’re still establishing a schedule for the year but could use your input in deciding which races should be part of the series. Karen has created a brief survey, which you can aquire by emailing me or Dana McEwan. If you send back the completed survey to me at (thinair29@yahoo.com) , I will pass them along to Karen, Katherine and Janet so that we can use the survey results to help determine what races fit everyone’s needs and also to guide promoters in offering more women’s fields.

In addition, I'm psyched to say that Portland will have a cat4 women's development team that will be on the line in several of these races and am very excited to see how these girls do. We're hoping it's only the beginning. It does nothing but good for the sport and the sport in Maine, specifically.
Thanks, in advance, for the input~


I am happy to report that I will be one of the women she speaks of in the local Cat 4 development team, along with Julie Fitzgerald, Meg Moore, and a few other ladies. (I'm leaving their names off for now in the event they have changed their minds.)